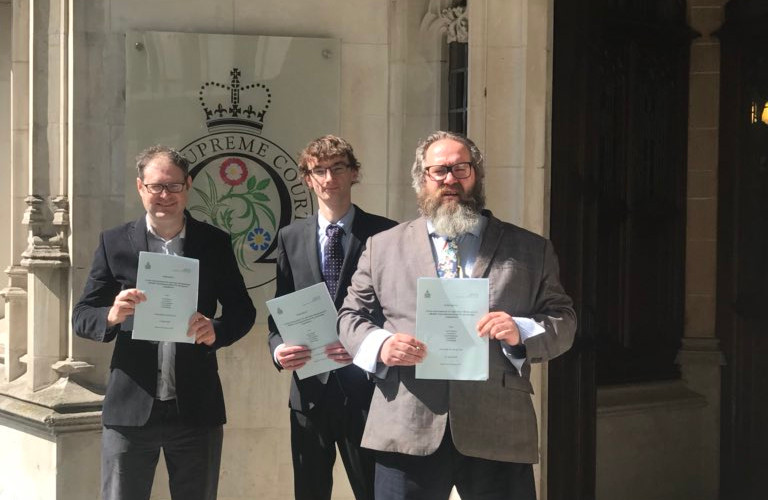 During my time as Legal Officer at the Open Rights Group, I was privileged to be able to work on our intervention in the case of Cartier v BT & Others. Today the Supreme Court delivered their judgment in the case.

Below is a copy of a post that I originally published on the Open Rights Group blog. The full judgment is also available from the Supreme Court here.

The Supreme Court ruled today that trade mark holders must bear the cost of blocking websites which sell counterfeit versions of their goods, rather than passing those costs on to Internet service providers.

This decision comes in the case of Cartier v BT & Others, in which the jeweller Cartier sought a court order requiring ISPs to block websites which sold goods infringing their trade marks. ORG have been acting as interveners in the case with help from barrister Greg Callus and solicitor David Allen Green.

Lower courts have already ruled in the this case that trade mark holders such as Cartier have the right to request blocking injunctions against websites in the same way as copyright holders are already able to. The courts decided that general powers of injunction were sufficient for trade mark holders to request such blocks, even though copyright holders have a specific power granted by the Copyright, Designs and Patents Act 1988.

The question for the Supreme Court today was whether a trade mark holder who obtained a blocking injunction against infringing sites would be required to indemnify ISPs against the costs of complying with those injunctions.

If trade mark holders were able to demand blocks which ISPs were required to pay for, this could open the door to large-scale blocking of many kinds of websites. ORG was concerned that the costs would be passed on by ISPs to their customers. Increasingly trivial blocks could be requested with little justification, even when it would not be economically justifiable.

Today, the Supreme Court ruled unanimously that the rights-holders would be required to reimburse the ISPs for reasonable costs of complying with blocking orders.

The Court based their judgment on a few factors:

Although ISPs have been complying with orders to block copyright-infringing sites for a number of years, the issue of who bears the cost of implementing such blocking has not been challenged until today.

We expect that, in future, ISPs may wish to try and use this ruling to argue that they should be remunerated for the cost of complying with copyright injunctions as well as just trade mark injunctions.

This is a very welcome judgment for ORG. ISPs are now administering lists of around 2,500 domain-blocking injunctions, and ORG’s Blocked! tool is currently tracking over 1,000 sites which have been blocked using these orders. If rights-holders are now required to bear the costs of implementing these blocks, then we should see better administration of the blocks by the ISPs themselves.